Maura Corrigan Is A Brilliant And Refined Liar

Maura Corrigan Is A Brilliant And Refined Liar


This is my comment on the recent audit of Michigan's federal child welfare services Title IV-E reviews.  I thought it best to post it here just in case the moderator takes it down.
The judicial branch has not supported DHS in the appeal, it actually participated in filing of federal false claims and has been doing so for years. The attorney general contemporaneously advise and advocates in theserevenue-maximization fraud schemes.
The Medicaid Fraud Control Unit in the Office of Attorney General does absolutely nothing except expend great amounts of defending its pattern of covering up Medicaid and other forms of health care fraud and antitrust representing the Superintendent of Michigan Children’s Institute, Bill Johnson,who represents the State of Michigan without appointment or election, with no oath of office on file with the Secretary of State, and possesses the power to overrule a decision of another state by denying ICPC interstate adoptions.
It is quite difficult for the Attorney General to prosecute itself for filing false claims.
The following string of excerpts from federal and Michigan audits and evaluations is a working example of Medicaid Fraud in Child Welfare:
“Michigan staff, both at the Central Office and county level, did an excellent job of preparing for the review. Records were extremely well organized with necessary documentation of eligibility requirement readily located. The State provided a “reviewer friendly” environment for the review to take place. Of note was the willingness and untiring efforts made by the Program Office in leading this effort. DHS licensing and field staff, in partnership with personnel from the SCAO and the Wayne County Department of Children and Family Services, were most efficient in obtaining additional information or acting as resources during the onsite review. Additionally, DHS’ fiscal unit is recognized for the thorough and updated payment histories. 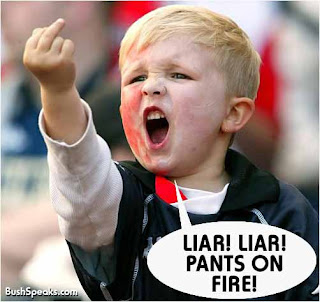 News about former Justice Maura Corrigan, getting busy in her new role as Department of Human Services director:


Michigan Department of Human Services Director Maura Corrigan today announced that the DHS prevailed in a federal appeal and, as a result, passed a 2010 audit of its performance of the
federal IV-E program in Michigan. Title IV-E of the federal Social Security Act covers federal
funding for Michigan’s foster care and adoption assistance programs.
In June 2010, the DHS underwent a federal review of the state’s program operation. The
weeklong review of 80 foster care cases determined whether DHS had correctly determined
eligibility for children under its care and custody. The state was allowed to have a 5 percent error
rate, or four cases.
The U.S. Department of Health and Human Services’ Administration for Children and Families
notified Michigan last August that the state did not pass the review because it identified six error
cases. Two of the error cases resulted in a total disallowance of $67,264 in federal funds.
The Michigan attorney general, on behalf of DHS, appealed this finding to the federal Department
Appeals Board in November 2010. The federal board issued a decision Jan. 14 finding for the
DHS. It reversed the disallowance and ruled Michigan is operating the Title IV-E program in
accordance with federal regulations.
“The Department of the Attorney General provided DHS with excellent legal representation in our
appeal of the federal review findings,” Corrigan said. “Moreover, the entire team for DHS and the
State Court Administrators Office deserves our praise for their fine work in conducting the
preparation for the review.”
The federal IV-E program provided about $224.2 million in funds for the Michigan foster care and
adoption programs during fiscal year 2009, the most recent year for which records are available.
Because of the decision, Michigan will not be required to conduct a subsequent federal onsite
review until 2013. The 2010 review was Michigan’s third of the IV-E program since 2004.
Chief Justice Robert P. Young, Jr. of the Michigan Supreme Court commended both Corrigan
and the attorney general for their advocacy on behalf of Michigan’s children and on the proper
operation of the Title IV-E federal program.
“Former Justice Corrigan made the commitment to DHS several years ago that she would work to
assure courts operated in compliance with federal Title IV-E program regulations,” said Young.
“Her tireless commitment and advocacy resulted in outstanding news for Michigan with this
review. The Supreme Court will continue to work with former Justice Corrigan in her new role as
DHS director to continue the same high level of collaboration.”
Young also praised SCAO’s Child Welfare Services Division for its work on the audit and appeal:
“In particular, we should acknowledge CWS Management Analyst Jenifer Pettibone, who played
a leading role on this successful appeal,” Young said. “Pettibone’s work is a fine example of how
the judicial branch has supported DHS, not only in this appeal process, but also in child welfare
work in general.”

Posted by BEVERLY TRAN at 8:47 PM No comments: