I am deeply disturbed by the tone of this article.


The Maine program experiencing this magnitude of cost overruns has nothing to do with quality of services as most families struggle to access basic services for children, it has to do with basic incompetency of administration.


The basic revenue-maximization scheme is to place the child under the auspices of the state to access more financially beneficial funding streams.


Simply put, Maine will put a kid in foster care for reimbursement of administrative costs to provide basic services that should have been provided in the first place if there was leadership who was in possession of rudimentary elements of public administration.


Then, as kids, particularly special needs children, are snatched and placed into foster care services, national statistics become skewed showing how horrible parents are in the state.  In reality, this is how Maine thought it would get away with trying to balance it budget on the billable souls of kids.


Here, reactively, the state begins to cut services provided to the community.


MaineCare Medicaid Policy Revision
Due to woefully inadequate management, the state must take away from the community to make up for its budgetary shortfalls.


So why are there shortfalls to begin with?  Well, when you have child abuse propaganda machines conditioning public opinion to justify placing a child in foster care, for billing purposes of Medicaid Targeted Case Management, of course, on the idea that the state is providing educational special needs services due to child abuse and neglect, you have the fundamental elements of fraud, waste and abuse of federal and state funding.


And, if you dope these special needs kids with psychotropic meds, the state thinks that the rate of administrative payment increases. 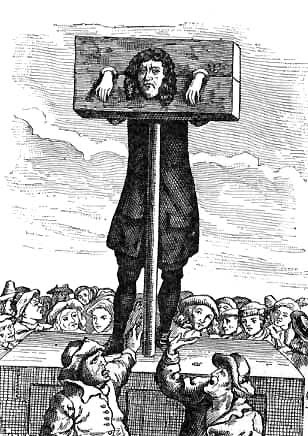 Mainecare, its Department of Education, Department of Health and Human Services and its contactual partnerships need to be publicly flogged.  If no one wants to flog them, then, contractually debar them.


See, an official of the State of Maine (a fan) informed me that the legislature, with advice and consent of the child abuse propaganda machines, was to "ease the rules" a bit when it came to accessing certain educational services.  It seems parents were challenging the liberal application of psychological diagnosis (ADHD, Bipolar), so the "easing of the rules" allowed for greater access to educational services for children at a higher rate of reimbursement.

AUGUSTA,  Maine — The state’s Child Development Services program is over budget and will need more than $13 million to get through the current budget year. The state appropriation for the program is $14.9 million for this budget year.
“CDS has overexpended their account by close to 70 percent,” said Rep. John Martin, D-Eagle Lake. “The demand for CDS funding is for more than we appropriated.”
He said the overspending reinforces his opinion that the state should abolish the program, a move he supported 10 years ago.
James Rier, finance director for the Department of Education, said CDS has been undergoing a major reorganization required by the Legislature and standardizing services across the system has left the budget for the program short this budget year.
Rier proposed filling the hole by taking $5.7 million from a section of General Purpose Aid to Education that pays for the education of state wards and $7.4 million from an appropriation of cash from the general fund.
He said the agency is preparing a request for the supplemental budget that is expected to go to lawmakers in January that shifts some funds and asks for additional funding.
CDS provides both case management and direct services for children through age 5, with needs ranging from learning disabilities to mental health services. Some services can be covered under the state’s Medicaid program, called MaineCare, which means the federal government pays roughly two-thirds of the cost for those children that meet the eligibility standards.
The reorganization of CDS that took effect July 1, 2010, was in part a response to federal concerns that some of the services being billed to MaineCare were not allowed and there were inconsistent regulations between CDS sites across the state.
Both Education Commissioner Angela Faherty and Health and Human Services CommissionerBrenda Harvey were questioned by members of the outgoing Education Committee earlier this month.
“Whether or not they get services is determined by the eligibility criteria under the education act,” Faherty said. “If they are not medically necessary, they cannot be reimbursed by MaineCare.”
The loss of MaineCare funding is projected to cost the CDS program about $8 million in each of the 2012 and 2013 budget years and will be part of the next two-year state budget discussion.
Complicating an already complex situation is the DHHS shift to a new bill-paying system on Sept. 1, which has not gone as smoothly for school districts and CDS as it has for other MaineCare providers that bill for services through the system. Several districts told lawmakers earlier this month that they were experiencing billing problems and in some cases had yet to receive reimbursement for services billed in September.
“We heard a lot of concerns and we know they are going to have to be addressed,” said Sen. Justin Alfond, D-Portland, co-chairman of the outgoing Education Committee and assistant Senate minority leader in the new Legislature.
David Stockford, director of special services at DOE, said while there are concerns with the way the system has operated and its costs, it has been successful in preparing children for school and avoiding costs for school districts in future years.
“There are numbers of these children who, having received early intervention services, are able to enter the school-age programs with little or no service,” he said.
A study released in September found the problem of children with learning disabilities should be addressed early, but many are not being diagnosed until they start school. It indicated more money may be needed in the future to meet the need.
Only 22 percent of Maine children are being screened before starting school, according to census data. In the last school year, 812 children were first identified as needing special services when they started school. There were already 875 children receiving services through CDS.


Administration of Maine and Michigan were the inspiration for this educational video: